In fact it was in all of my 20th century art history classes that I had the highest marks. For some reason the theories resonated with me and I felt a certain amount of compassion towards the artists of the 60s. Specifically the minimalist artists in New York at this time.

The fact that these artists embraced the art object (approaching it in different ways) avoiding convoluted messages, made their works even more powerful then a famous Neo-Classical painting. Less is certainly more.

High Fives to the following heroes of Minimalism.

This work is ‘Untitled’ like many of Judd’s creations. He felt naming works of art took away from the object itself. The focus must always be on the art object and its space. 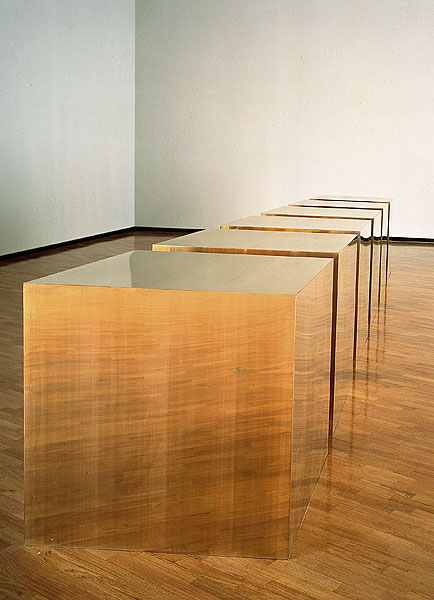 This incredible painter focused on the actual shape of the canvas while also giving color shape. Generally, he avoided meaning in his works because it was believed that for centuries meaning had been used to deceive. Minimalism was about getting back to basics.

This artist created some of the most compelling sculptures during the 60s and was one of the big players of Minimalism. Fascinated, like the others, with the art object but also with the art space, he believed a work acquired its meaning when viewed. His ‘L Beams’ sculpture took up most of the gallery space,  challenging not only how we view art but also how we experience art. 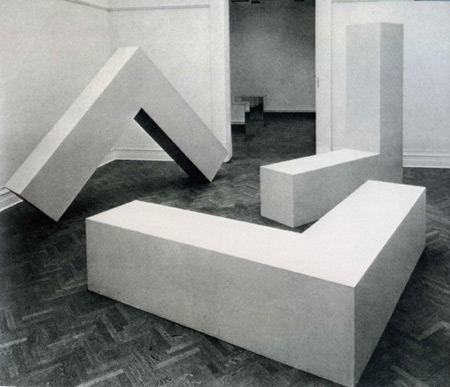 These artists rule because they kick started the Conceptual movement. There are many different ways to communicate ideas, and the artists of the 60s prove that!